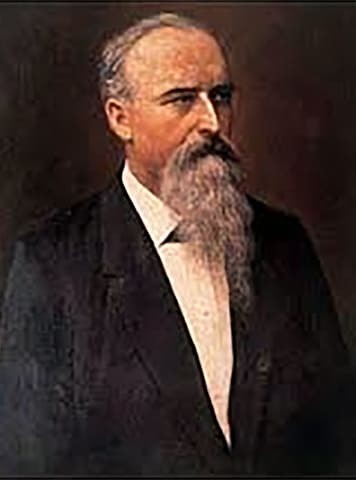 Brief history of a long Tradition and Legacy

To counter migration away from Waldenburg Valley, the municipality of Waldenburg establishes the Société d’Horlogerie à Waldenbourg (the Waldenburg Watchmaking Company). In 1859, Gédéon Thommen, an entrepreneur from Waldenburg, and Louis Tschopp, a watchmaker from Biel/Bienne, take over the company. Tschopp leaves the business in 1869.

To counter migration away from Waldenburg Valley, the municipality of Waldenburg establishes the Soc 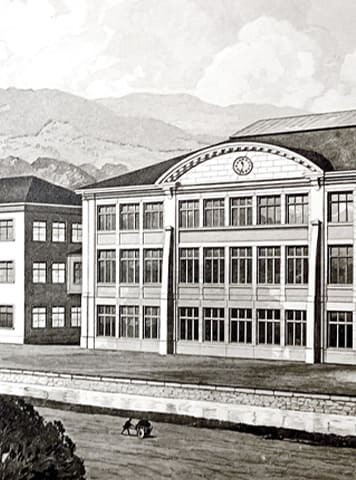 Gédéon Thommen becomes the sole owner of the company and changes its name to Gédéon Thommen Uhrenfabrik (Gédéon Thommen Watchmaking). He patents a “system for replacing individual components” and applies to patent a remontoire. A new production building is also erected, and Thommen, with the aim of becoming more independent from his suppliers, set out to produce individual parts for the raw work in his studio. Four thousand watches are manufactured under the new brand name G.T.

In 1890, production rises to 13,000 pieces. Thommen’s son Alphonse takes over the company after his father’s death. In 1905, Alphonse founds Thommens Uhrenfabrik AG. 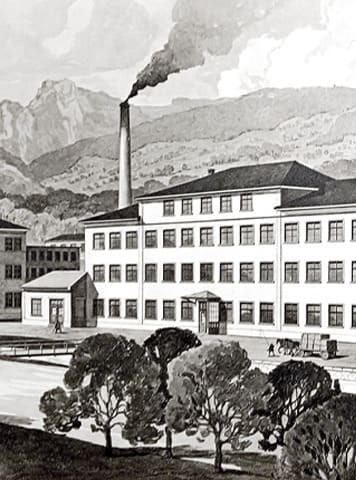 1910 sees the Revue brand introduced, followed a year later by the birth of the Blériot watch brand. In 1915, a second production facility is opened in Gelterkinden. That same year, Thommens Uhrenfabrik AG receives an order from Switzerland for the development of cockpit instruments to be installed in the first aircraft of the newly established Schweizer Luftwaffe (Swiss Air Force).

In 1916, Thommens Uhrenfabrik AG already delivers its first aircraft clock to the Schweizer Luftwaffe. A new branch office is opened in La Chaux-de-Fonds as part of the company’s expansion strategy. Three years later, a third production facility is opened in Langenbruck.

1910 sees the Revue brand introduced, followed a year later by the birth of the Blériot watch brand. 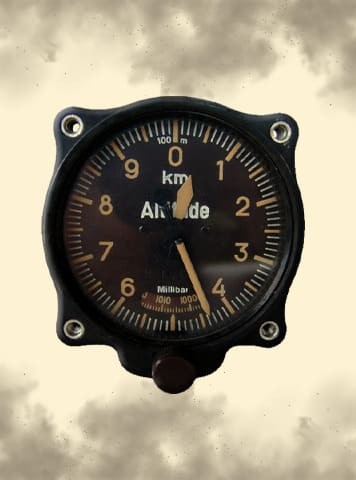 Thommens Uhrenfabrik AG develops altimeters and airspeed and vertical speed indicators for the multipurpose C-35 biplane produced in Switzerland for the Schweizer Luftwaffe by the state-owned Eidgenössische Konstruktionswerkstätte (Federal Construction Works). The Thommen Flight Instruments division is created to separate the R&D and manufacturing of this large-scale production from the daily watch production. Two hundred thousand watches are manufactured. 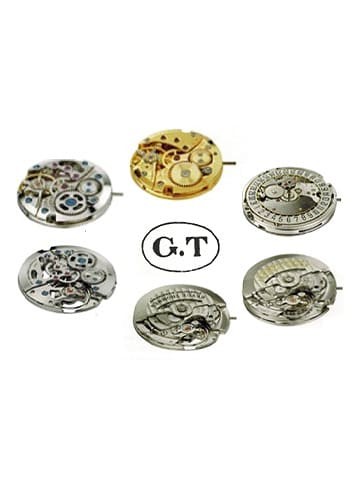 All parts for watches built in-house

Different types of watch movements are developed in quick succession, including the calibers GT 44, GT 54, GT 55, GT 56, GT 58 and GT 82. Thommens Uhrenfabrik AG is now completely independent. All parts for watches and movements, as well as for tools and machines needed for manufacturing, are now developed and built entirely in-house.

Different types of watch movements are developed in quick succession, including the calibers GT 44, 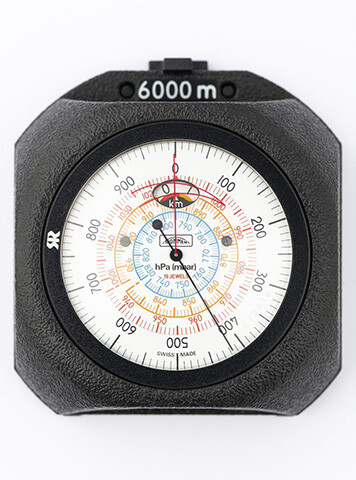 Research on the development of pressure measuring and testing devices for industrial applications is carried out up to 1943.

The company sets up its Department of Apparatus Engineering / Machine Tools to remain supplier independent. 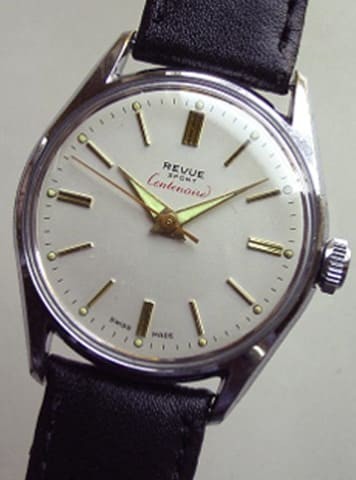 In 1953, the Revue Centenaire wristwatch goes into production to celebrate the company’s 100th anniversary.

In 1953, the Revue Centenaire wristwatch goes into production to celebrate the company’s 100th anniv 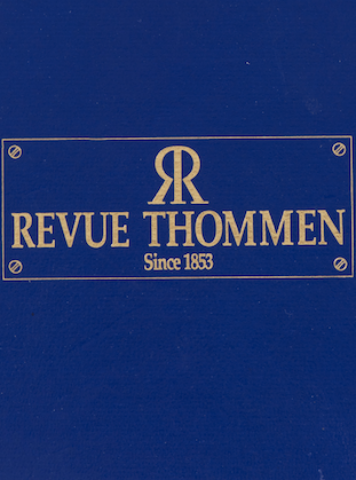 In 1987, Thommens Uhrenfabrik AG introduces Revue Thommen as their main brand, making clear the connection between Revue watches and Thommen Flight Instruments and defining their position in international markets. 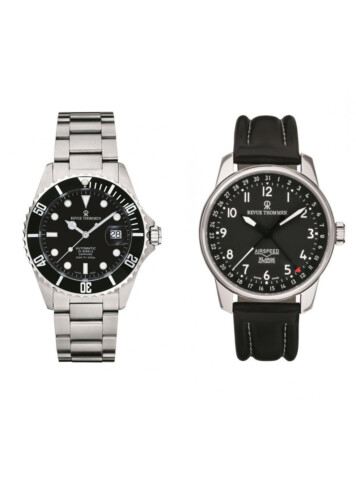 The collection of the licensee Grovana

From 2001 to 2014, the licensee Grovana Uhrenfabrik AG produces an extensive collection of mechanical three-hand watches and chronographs, with the pilot’s watch of the Thommen Airspeed series and the Thommen Diver series gaining particular recognition. In 2014, Grovona’s license to sell Revue Thommen watches expires and the cooperation is terminated. However, Grovana can continue to sell watches manufactured and branded before 2014 under the Revue Thommen brand until their stock is exhausted. Grovana provides the guarantee for these watches.

Since 2014, GT Thommen Watch AG has continued Thommen’s almost century-old tradition of developing and manufacturing watches and instruments for international aviation and air forces with the production of Thommen Airspeed watches.

From 2001 to 2014, the licensee Grovana Uhrenfabrik AG produces an extensive collection of mechanica 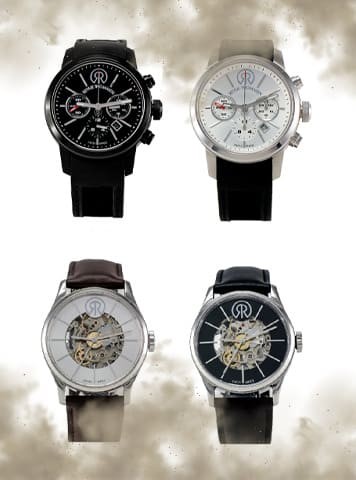 The Collection by Swiss Initiative

In 2014, GT Thommen Watch AG grants Swiss Initiative Limited (SIL) a license for the production and distribution of Revue Thommen watches. The relaunch with new watch models takes place at Baselworld in March 2015. In 2016, the license expires.

In 2014, GT Thommen Watch AG grants Swiss Initiative Limited (SIL) a license for the production and 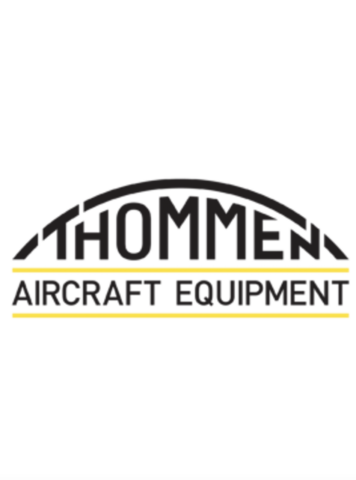 In the second half of the 20th century, Revue Thommen AG rapidly expanded their production of flight instruments and equipment for the aviation industry, supplying over 80 leading civil and military aircraft manufacturers.

In May 2015, to distinguish the company’s aviation division from their watch production and strengthen its position as an aircraft equipment supplier, Revue Thommen AG was renamed Thommen Aircraft Equipment AG.

In the second half of the 20th century, Revue Thommen AG rapidly expanded their production of flight

Co-owned and managed by the Thommen family, GT Thommen Watch AG continues the long tradition of manufacturing robust Swiss Made mechanical watches. For close to 170 years the Thommen’s Uhrenfabrik (watch factory) in Switzerland has been developing solid watches, appreciated by people who take the highest responsibility for themselves and others – in aviation, sports, the military and mountaineering. Wherever a watch is more than a fashion attribute and reliability and robustness are a must, you’ll find our watches.